The Delegation of Turkey led by Rifat Hisarcıklıoğlu, President of the Union of Chambers and Commodity Exchanges of Turkey (ТОВВ), President of D-8 Chambers of Commerce and Industry, visited Kazanorgsintez on April 24. The Delegation was composed of Heads of Chambers of Commerce and Commodity Exchanges of various provinces of Turkey. The visit took place within the framework of the XI International Economic Summit “Russia - Islamic World: KazanSummit 2019”, which is being held in Kazan from the 24th through the 26th of April.

Rifat Hisarcıklıoğlu interested in the foreign trade activity of Kazanorgsintez. Turkey is one of the largest importers of chemical products. Kazanorgsintez currently supplies polycarbonate to Turkish processors. The Turkish party is also interested in the polyethylene supplies. Mr. Hisarcıklıoğlu proposed to establish closer cooperation with Turkish companies involved in the processing of polymers. 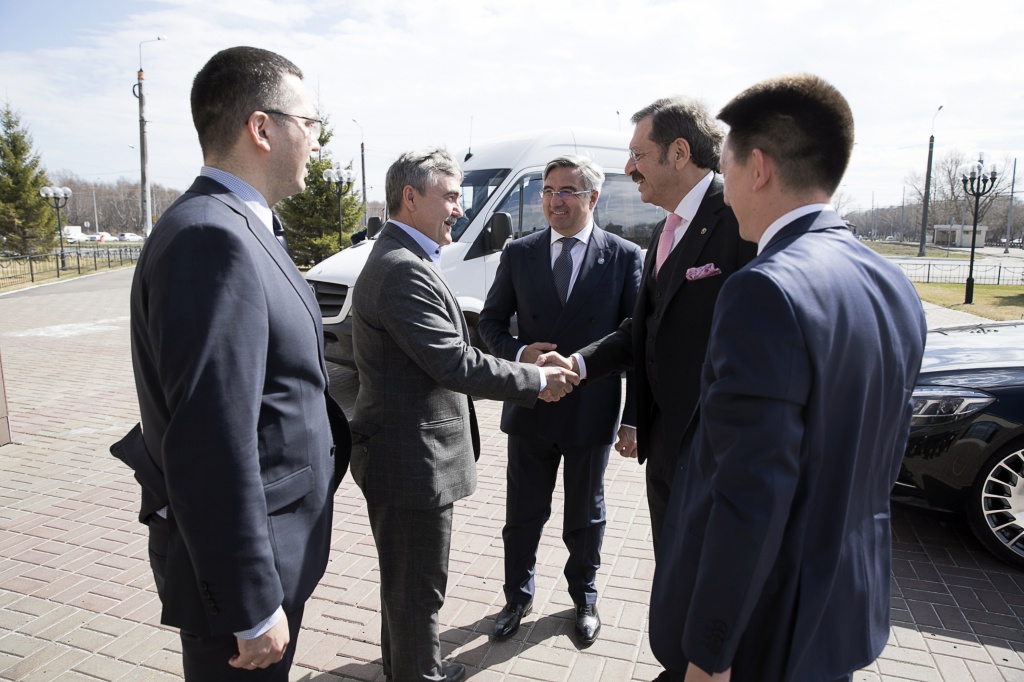